How we help
How you can help
Why we help
About us
BY
Team
Culture.by

The Belarusian Council for Culture presents its team for the first time: regarding the second anniversary 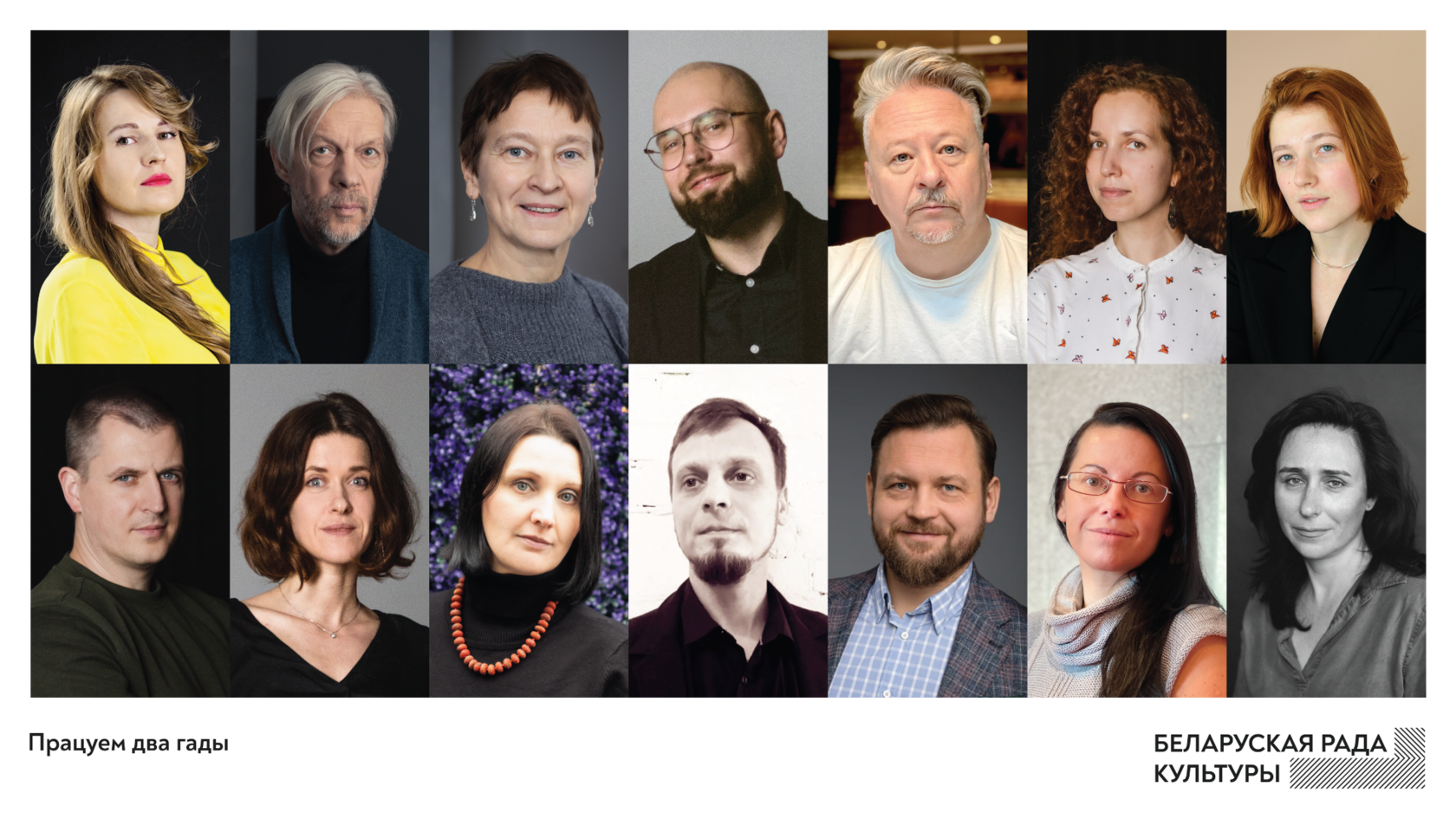 We call ourselves the cultural headquarters of new Belarus and a civil initiative with a defined mission. This mission is, as much as possible, to save and develop Belarusian culture abroad as well as inside Belarus; to promote it as a prestigious value and, via culture in its diversity, to promote Belarus as a country of modern and progressive European society.

Unfortunately, such goals were not compatible with the goals of the Belarusian state: it recognized the Belarusian Council for Culture as an extremist formation and declared our site and social networks as extremist materials.

Over the past two years the Belarusian Council for Culture supported more than 130 cultural projects and organized residence for 37 people. About 275 thousand Euros was allocated on all that.

We may include the following supported projects in our hypothetical top 5: the poster exhibition “Hitlerkaputin” by Uładzimir Ceśler; 24-hour online marathon of the Belarusian language MOVA24; the August theatre performance "What for?" dedicated to “the night of the murdered poets” of 1937; the art performance in Lodz “Belarusian Literature as a political prisoner” devoted to prison art; a theatre project “Batleyka Chagalle” by Alaksandr Ždanovič. We can not reveal lots of projects because of our "extremist" status.

We successfully held 18 charity auctions where we raised about 25 thousand Euros to support Belarusian political prisoners related to culture. The paintings were created specially for the auctions and even one exclusive copy of the book by Alhierd Bacharevič was released for the same reason. We organized about 30 fundraising campaigns for Belarusian artists and raised approximately 86 thousand Euros: almost 28 thousand Euros from that sum was raised exclusively for the imprisoned musicians of the music band Irdorath. In total over two years the Council with the support of donors and partners contributed more than 130 thousand Euros to the repressed Belarusian artists.

It was the Council who lobbied the case of excluding Belteleradiocompany from the European broadcasting union and disqualifying Belarusian representatives from “Eurovision” in 2021. Together with Belarusian cinema experts we withdrew FIAPF (English: International Federation of Film Producers Associations) accreditation of Minsk international film festival “Listapad”.

After the start of the full-scale war in Ukraine we were among the implementers of the informational advocacy campaign #BelarusWithUkraine, which can be considered the history of documenting help, support and cooperation of Belarusians and Ukrainians.

We published more than 60 stories, above 20 live shows and a documentary mini-series in the project “The Artists of Victory” – to support musicians, actors, painters and writers who, despite repression and terror, create the culture of new Belarus. Our “The analysis of culture” is the expert review of deformation and transformation of the cultural field, diagnosing the situation and realizing the tendencies occurring at this very moment.

Soon the Belarusian Council for Culture is going to announce the joint work with the European Commission and say what it means for Belarusian creators.

© 2023 Belarusian Counsil for Culture. All rights reserved.
How we help